Still As Good As The Old Days 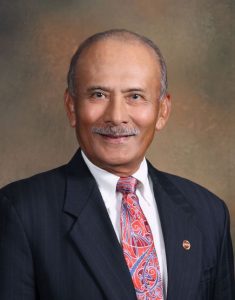 I WAS back at my alma mater, the Malay College Kuala Kangsar, on June 10 to form part of the line-up of members of its Board of Governors, staff and students, to greet the arrival of His Imperial Majesty, Emperor Akihito, and Her Imperial Majesty, Empress Michiko, who were gracious enough to include the visit as part of their long-delayed visit-to-Perak programme.

As it so happened, the MCKK of recent years has been encouraging its students to be at least trilingual and has provided facilities and resources for its students to learn a third language after Malay and English. So, it has groups of students at various stages of learning one of the following languages: Arabic, Mandarin, Japanese, German and French.

It was such a pleasant serendipity for me to see the young students performing a vigorous Japanese dance – a fishermen’s or rural dance as far as I could make out – for their Imperial Majesties and then answering Their Majesties’ curious questions with both studied deference and quiet confidence. I am sure Their Majesties were pleasantly amused and I was bursting with justifiable pride.

The Malay College may have been established 101 years ago for the education and grooming of the children of Malay royalty and aristocrats but even when I was head prefect there from 1954 to 1956, there were just a handful of royalty among 592 students.

The vast majority were the children of smallholders, farmers, petty traders, penghulu, teachers, government servants, railway employees, soldiers and policemen who were bright enough to be selected.

Today, it is almost the same except that they are really among the crème-de-la-crème of male Malay students and many more than before are from middle-class families, reflecting the improvement in the lot of the Malay society in general since Merdeka.

Sadly, though, the physical infrastructure and resources of MCKK have not really kept up with changing times. Over the years its Old Boys had endeavoured to give it tennis courts, a swimming pool, a proper fencing around Big School, a network of fibre-optics and some computers that are now obsolete.

This month, they gave their alma mater a resource centre equipped with 20 new computers and a printer. But MCKK needs a bit more than these for its now over 700 students to commensurate with the quality of Malay students studying there and the Government’s desire to create global citizens who are outstanding and distinguished.

The library, for instance, is too small and is still caught in the ancient mode of my days with just a little bit more new titles.

Part of the answer lies in the strong bonding with its Old Boys who largely eschew any kind of fanaticism.

Another reason is that MCKK has been playing home-and-away rugby games against its equally famous Thai counterpart, the royal Vajiravudh College, since the late 1950s.

As a result of these games, there is strong bonding among the boys and Old Boys of both schools.

In recent years, there has been a student exchange programme whereby groups of students exchange visits and are put up at each school for a week and with the students’ families in both countries for a further week. It is an amazing programme that has opened the vista of students of an all-Malay institution to a non-Malay world!

Last year, MCKK started an almost similar exchange programme with Singapore’s premier Raffle’s Institution. MCKK made the visit first; its students stayed in the RI Hostel for several days and played a series of two rugby matches on the first and third day. MCKK lost the first game badly. They didn’t sulk; they were not negative.

They recognised RI’s superior technical skills, coaches and facilities and, like true Collegians bent on bonding with their new Singapore friends, they sought to learn from the RI coaches and profited from it by cutting down the margin of their second loss quite drastically.

They also had two debating sessions that were kept friendly and were not adjudged.

From June13-16, 70 Singapore Raffles Institution students accompanied by seven teachers made a return visit to MCKK.

Under-15 rugby was again played and this time around, RI could only pip MCKK by the slender margin of 9-8, showing how much the MCKK players had benefited from the tips and pointers given by RI coaches last year.

But MCKK won, surprisingly for a Malay institution, both their under-15 and under-16 basketball encounters. Credit must go to MCKK’s basketball coach – my former PDRM colleague, SAC 1 (Rtd) Liew Yong Choon and, of course, to the players.

Man does not live on bread alone; he needs a sense of self-respect and pride born of high achievements and a belonging to or association with something superior. MCKK faculty and students certainly benefit from their exposure to Thailand’s Vajiravudh College and Singapore’s Raffle’s Institution, not least because it exposes them to the excellent standards and elitism of two non-Malay academic institutions north and south of the Malay Peninsular.

The bugbear is that it creates a yearning, a hope, for similar superior hard and soft facilities currently not available to the best Malaysian public schools. Our best students are not inferior in quality; their institutions, however, can do with better facilities and resources.

How can this be best achieved must be pondered by all concerned. As Old Collegians we refuse to play the blaming game. We must be positive, seek help and also offer to help. That must always be the way of MCOBA. Fiat Sapientia Virtus! (Let Manliness Come Through Wisdom!)