The Malay College Old Boys Association (MCOBA) has been in existence, in one form or another, over the last 88 years. It all began in 1929; 24 years after the Malay Residential School (later known as the Malay College Kuala Kangsar) opened its doors to the first group of students.

On a fine day in March 1929, the tranquility of the quiet town of Kuala Kangsar was disturbed by the roaring sound of car engines. On that day, approximately 150 Old Boys of the Malay College had descended from all corners of the country to pay homage to their beloved alma mater. More significantly, a discussion was held on a formation of a Malay College Old Boys Association. There, in the hallowed walls of the great institution, the ‘cream’ of Malay society gathered to meet old friends, meet new ones and reminisce on schooldays gone by.

The school hall was the historic place, where the Old Boys unanimously agreed to form The Malay College Old Boys Association (MCOBA) on the 16th March 1929. Raja Musa bin Raja Bhot (1910-1914), was elected as its founder president. A distinguished gentleman of great personal ability, he later became the country’s first Malay Judge. Unfortunately, after searching the archives, not much is known about the Association’s activities from this period until 1938.

The Seventh Annual General Meeting was held on 31st July 1938 at The Sultan Sulaiman Club, Kuala Lumpur. Here, at the reading of the Association’s Annual Report, it was stated that membership stood at 184. The activities of the Association for the year had included tennis competitions, football matches and a reunion dinner (which 74 attended) held at the Majestic Hotel, Kuala Lumpur.

29 members including the President, Datuk Sheikh Ahmad bin Sheikh Mustapha (1907-1911) attended the meeting. Datuk Sheikh Ahmad was a successful businessman and a millionaire. At the meeting, new office bearers were chosen for MCOBA and Raja Tun Uda Raja Muhammad (1908-1913) was elected as the new President. Following the illustrious footsteps of his predecessors, Raja Tun Uda reached the pinnacle of his career as the first Governor of Pulau Pinang.

After the war, MCOBA existed as a rather informal organization, led at the federal level by Raja Ayob bin Raja Bhot (1919-1928), a brother of Raja Musa the first President. Way back then, initiatives were already being taken to make MCOBA more active at the national level, so that it would someday become one of the most flourishing and influential Old Boys Associations in the country. The wish to activate the Chapters was fulfilled in early 1954, when the Old Boys of Selangor revived the Selangor Branch of the Association. Later that year, the Old Boys of Perak followed. In 1955, the Malay College celebrated its 50th Birthday. The grand celebration aroused the interest of the Old Boys towards the Association, which had almost ceased, in most part of the Federation.

The MCOBA file at the Registrar of Societies states that in 1955, the President was Tunku Yaakob ibni Almarhum Sultan Abdul Hamid (1912-1918) and the Vice President was Dato’ Ahmad bin Osman (1913-1919). Indeed, it was this Committee who were instrumental in organizing the Grand Jubilee Dinner of 1955. Unfortunately, all the interest and excitement in 1955 was short-lived and no further meetings were held since for the Association as a whole. Thus, MCOBA continued to exist inactively. In the Malay College Magazine of 1959, it was mentioned that the only active branch of the Association was in fact in London, where DYMM Tunku Jaafar ibni Tunku Abdul Rahman (1933-1940) was the Vice President.

In 1960, the Association was rejuvenated and the Old Boys re-established contact with the Malay College, when the ‘Old Boys Weekend’ was held between 4th to 6th November, during the tenure of Dato’ Abdullah bin Dato’ Muda Ibrahim (1920-1925) as President of MCOBA from 1960-1963.  From 1964-1970, MCOBA was led by Tan Sri Dato’ Nik Ahmad Kamil bin Nik Mahmood who was the Menteri Besar of Kelantan. During the period, MCOBA celebrated the Diamond Jubilee of Malay College.

MCOBA saw many important changes under the Presidency of Tan Sri Datuk Haji Mohd. Azmi bin Datuk Kamaruddin (1941-1953). He was first elected in 1970 and served MCOBA as the President for 25 years. A ‘second-generation’ old boy of the Malay College, he retired from the Federal Court after serving as a judge for more than 20 years. The changes and improvements that illustrated his Presidency include the construction of ‘Bangunan MCOBA’, the formalization of the Organization in 1974 and the creation of an ‘Old Boys Quota’ for intake into the Malay College. The quota is important because it helps to strengthen ties between the Old Boys and the school. It provides them with an interest at heart and helps to encourage interaction.

One of the most significant milestones for MCOBA was the construction of ‘Bangunan MCOBA’, which currently houses the MCOBA Secretariat. The idea of having an own building for the Association had been around for quite some time. In order to raise money for Bangunan MCOBA, various fundraising events were held, especially during the MCOBA Annual Dinners. The groundbreaking ceremony was finally held on 25 July 1974 and construction commenced in the same year. The 5-storey building was completed mid-year in 1977 and DYMM Seri Paduka Baginda Yang Di Pertuan Agong, Tuanku Yahya Putra, another old boy of Malay College, officially opened it on 3 December 1977.

The baton of leadership was passed along once again in 1995. Under the stewardship of the MCOBA President, Tunku Datuk Seri Adnan bin Tunku Besar Burhanuddin (1938-1948), MCOBA continued to grow and progress to face the needs and the challenges of the future. Tunku Adnan, or Pak Engku as he is affectionately known, is a very experienced leader, having served as a Deputy Director General of Customs. One of the most exciting projects would have been the construction of ‘Menara MCOBA’ – an ‘intelligent’ building of 26 floors. Unfortunately the project was aborted. Another exciting project was the establishment of the MCOBA-OV Council (MCOV), which has been a step forward in enhancing the long friendship between Malay College and Vajiravudh College, Old Boys and Present Boys alike. Pak Engku’s helm of the MCOBA presidency culminated with the successful staging of the Malay College’s Centenary Celebration in 2005, which was carried live on national television. The official ceremony at the Malay College grounds on 26 March 2005 was attended by more than 5,000 people and celebrated by the folks of Kuala Kangsar—complete with a procession of 7 elephants, reenacting the history of 1897 when four Malay rulers met during the First Durbar in Kuala Kangsar. A new constitution for MCOBA also took effect on the day Pak Engku passed his presidency baton.

In September 2006, (now Tan Sri) Dato’ Seri Megat Najmuddin bin Megat Khas took over the leadership of MCOBA. Under his leadership, MCOBA continued to explore new territories to meet modern challenges of today. More new chapters were established; MCOBA Toastmaster was set up and Koperasi MCOB was incorporated; ICT is being actively promoted; and sports among the Old Boys are supported.

On June 2014, MCOBA had another change at its helm. Dato’ Ghazali bin Mat Ariff was given the mandate to lead MCOBA. MCOBA continues with new vigor to strive onwards with new agenda. Plans for redevelopment of its assets like the MCOBA Building and the land bank in Bestari jaya, Selangor was activated. New activities involving the MCOBA Volunteer Brigade was initiated to assist the needful in times of need. A Fund Raising Drive was launched to ensure suitability of MCOBA in its future activities and programs.

The number and array of activities organized by MCOBA have grown through the years. There are several different committees, where some are more active than others. The premier event of the MCOBA Calendar has to be the MCOBA Annual Dinner. The Dinner, which used to feature no more than 500 guests, has grown into an event of grand proportions. At last year’s event, almost 1,500 people attended and the tables were sold out two months before the event. The active participation of members at this gala event is indicative of the members’ love, interest and support for the Association.

Another well-supported activity is the ‘Old Boys Weekend’, which started way back in 1929. In the earlier half of the century, it was organized on and off from year to year. Since 1960 until the present day, the Old Boys weekend has been held once every year without exception. Indeed, in 1955, the Old Boys Weekend was held in conjunction with the school’s 50th Anniversary celebrations. An interesting point to note is that before 1990, the average attendance to this event was less than 100 Old Boys each year. In 1990, this figure jumped to 200. Since then, it has grown to a proud average of 450. The main contributing factor must surely be the completion of the North-South Highway, which has significantly reduced the journey time to Kuala Kangsar. Other Old Boys associations are now emulating this homecoming event.

MCOBA activities also involve issues directly and indirectly related to Malay College. The spirit and generosity shown by MCOBA to the Malay College over the years has always been evident. MCOBA has continually been donating prizes, both pecuniary and in-kind, to celebrate the achievement of Malay College students.

MCOBA also gave a matching contribution towards the construction of the school’s swimming pool. More recently, MCOBA funded the setting-up of the ‘Malay College Infolab’, an intellectual garden where the resources of modern day technology were made available to the students.  Currently, MCOBA is upgrading some facilities that badly require upgrading at the Pavilion and the New School at the Malay College.

In the spirit of being good national citizens, MCOBA also recognizes its social responsibilities and has given generous donations to individuals and charitable organizations. The virtue of the generosity is twice blessed – It blessed those who gave and those who received. Thus, in many different ways, MCOBA is fulfilling its ideals. As we speak, MCOBA is rapidly evolving into a dynamic alumni organization that has become the envy of many others. In 2009, we celebrate our 80th anniversary of MCOBA. This means that the Old Boys of Malay College have been able to live together, almost like an extended family, for eight decades. It is a lot to be said, for group of young men with different backgrounds and career paths.

MCOBA has been successful through the years because individuals of so many different talents and abilities have found a common ground to share together. That common ground is simply an undying love for an old boyhood experience, which turned us into men. 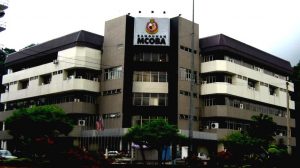