It’s World Heritage Day! And this year’s theme is THE HERITAGE OF SPORT.

Not only has sports united the country and the world towards a common goal, it has also brought in various forms of development such as the different installations and facilities respective to their practice, the development of art, architecture and techniques.

To celebrate World Heritage Day, Badan Warisan’s Council Member- Mr. Ishak Ariffin has written a piece on the Eton Fives Court- the only existing court of its kind here in Malaysia. 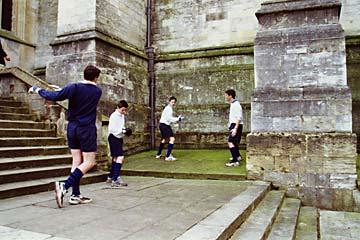 Eton Fives is a handball game played as doubles in a three-walled court. It is little known outside the circle of public schools in the England and elite universities, such as Oxford and Cambridge, as it has been primarily the preserve of their students and alumni. The origin of the word ‘fives’ is uncertain. It probably refers to the fingers, as in ‘a bunch of fives’.

The name has been used since the 17th century. There have been variations of handball games. Some form of fives was played by the Egyptians, Greeks and Romans. The Irish, Americans and Basques have their own versions of fives. The English fives also has its variations, such as Warminster (or Wessex) Fives, Rugby Fives, Winchester Fives, Clifton Fives, St John’s Fives and Gissop’s Fives. A form of fives had also been played at Harrow in 1760s. It is a game that “anyone can play”. All you need is a ball and a pair of gloves to protect your hands.

Eton Fives originated from Eton College where it was first played against the chapel wall at the college. The first purposely-built Eton Fives court are the block of four Eton Fives courts along the Eton Wick Road, constructed in 1840 by the headmaster of Eton, Dr Hawtrey. The design of the courts was based on, but was not an exact replica of, the chapel court.

A.C. Ainger and some of his friends develop and published the ‘Rules of the Game of Fives as played at Eton’ in 1877. The object of the game is to force the other team to fail to hit the ball ‘up’ off the front wall before it bounce twice. The ball can bounce unpredictably as the three-walled Eton Fives court has ledges along it, a buttress on the left side and a step down towards the back. The first match between schools was on February 12, 1885, when Eton challenged Harrow. The first Oxford-Cambridge Varsity match took place in 1928. There are presently 55 sets of courts in England and Wales, totalling more than 1,700 courts.  Eton Fives has spread to Europe, built at Lyceum Alpinum Zuoz in Switzerland the 1920s and also Geneva, Zurich, Austria, Germany and France. Further afield, courts were built at Geelong Grammar School in Australia, at St Paul’s School, Darjeeling in India, and at the Malay College Kuala Kangsar (MCKK), Perak. There is a court in Buenos Aires, Argentina and the game is also flourishing in northern Nigeria and New Zealand. Eton Fives in MCKK was introduced by its fourth Headmaster, C. Bazell. Bazell was an Oxford graduate (and possibly also an Eton alumnus?). Bazell joined MCKK in 1922 from Raffles Institution, Singapore and was appointed the Headmaster in 1923. The Eton Fives courts were built in 1928. Bazell also built the first swimming pool in MCKK in 1926 and the squash courts in 1938 (the second oldest in Malaysia). 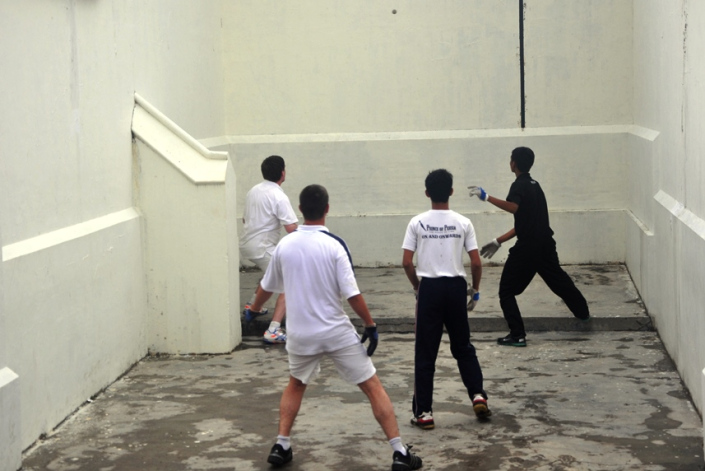 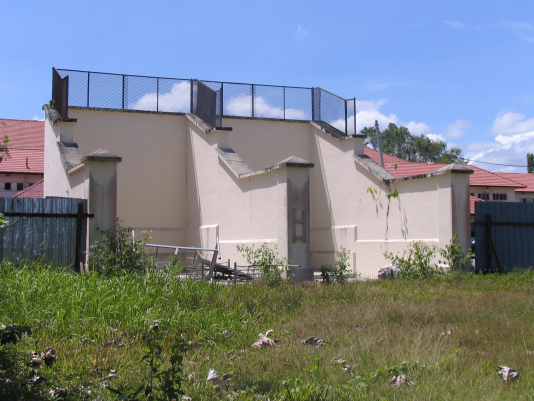 Eton Fives was a very popular game in MCKK, along with rugby, cricket and football, until 1938 when squash was introduced. But the game was still regularly played until late 1960s. A few students continued playing the game sporadically through to the 1970s.Two representatives from Eton Fives Association (EFA), United Kingdom, visited in MCKK in 1994. The EFA Annual Report of 1994-95 recorded their visit. The visit came about after some old boys of MCKK initiated talks on reviving the game which culminated in an Eton Fives Revival ceremony on August 24th, 2014. Two EFA representatives were present to conduct a two-week coaching session for the boys and teachers of MCKK. The District Education Department also sent out invitation to other schools in Kuala Kangsar district to generate further interest in the game. 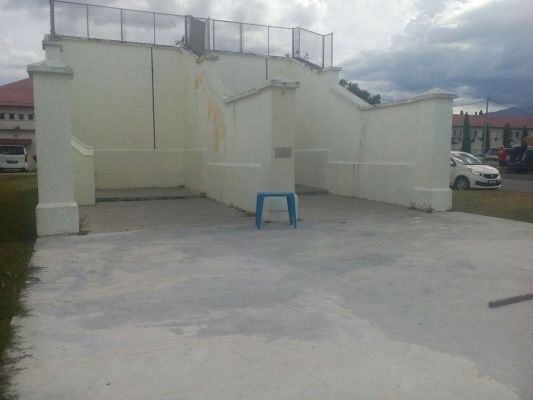 Eton Fives Court after revival in 2014.

In March 2015, MCKK entered two pairs of Eton Fives teams in the UK National Eton Fives Schools Championship in Eton College. Ironically, the MCKK senior pair was drawn against a pair of Eton College boys in their first game and won. Out of 51 pairs in the Under-15, the MCKK pair reached the Quarter Finals of the Cup, and among the 48 pairs in the Under-17, the senior MCKK pair went as far as the Plate Quarter Finals. 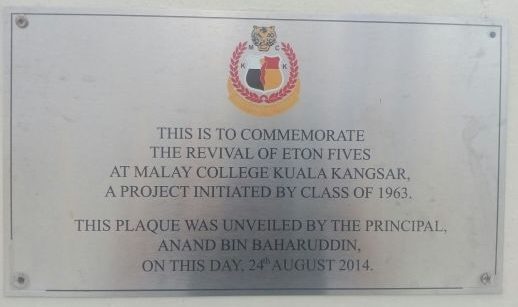 Eton Fives is experiencing a revival in the UK. The MCKK Eton Fives team’s performance in their maiden championship, after only six months being introduced to the game, sets the scene for a revival of the game in MCKK and Kuala Kangsar, if not in Malaysia. The 88 years old Eton Fives courts, the only one in Malaysia (and East Asia), is set to see a new life for many years to come after lying dormant for much of the last half century.

* This guest post is written by Ishak Ariffin (C’77). Ishak was trained in Town Planning at Cardiff University in Wales, UK. He is a registered Town Planner, Corporate member of the Malaysian Institute of Planners and the Royal Town Planning Institute, UK, as well as a registered EIA Subject Specialist. Ishak Ariffin is a long time member of Badan Warisan Malaysia and currently serves as the Honorary Treasurer for the trust.

College that Made Leaders
September 20, 2011