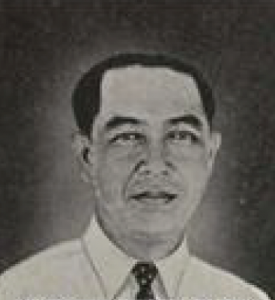 He was the first Malay to be appointed a High Court Judge in 1934 in colonial Malaya. Raja Musa bin Raja Haji Bot’s appointment was a landmark decision in the history of the judicial service of the Federated Malay States (FMS). Almost all judges during the colonial rule were British and judicial appointments to the High Court were jealously guarded to ensure that the Judiciary remained the bastion of the British colonial rule. No locals, particularly qualified Malays in the civil service, were sent abroad to obtain legal qualifications as barristers until Raja Musa was awarded a government scholarship to read Law at the Lincoln’s Inn in 1924.

Raja Musa’s grandfather, Raja Jumaat (1846 – 1887), was the erstwhile ruler of Lukut which was then under Selangor. Subsequent to the British intervention of 1874, it fell under the jurisdiction of Negeri Sembilan as a result of the redrawing of the two states’ boundaries.

Raja Musa was born on 27 February, 1897 in Kelang, Selangor and went to The Malay College Kuala Kangsar on 30 April, 1909, two months after he was 12. The average of entry into the College was 15 then, which made him much younger than many of his classmates.

He was one of the pioneer boarders of the new school building, called the Big School, which was completed in 1909. Prior to that, the boys were accommodated at various places in Kuala Kangsar and attended their classes in a thatch-roofed, wooden building. (The Prep School, completed in 1911 to traditionally house the junior-most class of the College was still on the drawing board then). Like the other boys from Selangor and Negeri Sembilan, he was housed in a dormitory in the so-called western block of the Big School and considered a second class boarder. The first class boarders were the sons of the rulers and their close relatives.

The dormitories were located on the upper floor of the two-storey, majestically imposing, Greco-Roman building. On the ground floor were the classrooms, the library, the headmaster’s office, the prayer room and the dining hall.

Raja Musa was in the first batch to start schooling on 1 May, 1909 in that grand and palatial edifice. It was then that the educational institution known as the Residential Malay School, or Babul Darjat by its Malay equivalent (the term itself being borrowed from Arabic), was renamed The Malay College. He was admitted to Class III, equivalent to today’s Standard IV, the junior most class then. (The most senior class then was Standard Vll.)

At the time, the school year comprised two terms. Enrolment was small and did not exceed 100 pupils at any time. There were only four classes, each under a master, namely Mr. J. O. May, Mr. F. A. Vanrenen, Mr. C. W. Rowlands and Mr. E. A. G. Stuart. Haji Abdul Majid and Ustaz Haji Mohd Nor Ismail were the Malay and Religious teachers respectively. Classes were held in the morning and afternoon, five days a week. The Headmaster was Mr. W. Hargreaves and the Head Boy, Raja Kamarulzaman. It was during this time that strict school rules and regulations were introduced and life at the College became regimented. It was also the time which saw the evolution of some of the most highly cherished traditions and values of The Malay College.

The health of the boys was a priority and the Headmaster saw to this. In the effort to maintain a high standard of hygiene, a state of perpetual cleanliness was emphasised and it was drummed into the boys that cleanliness was next to godliness.

In the dormitories, the boys were required to carry out routine duties to keep their living quarters spick and span. Dorm floors had to be swept at all times and beds tidied up constantly. They also took turn to clean the toilets.

Playing football, cricket and hockey were compulsory. After dinner, the boys did evening preps in their respective classrooms, from 8:00 to 9:00 p.m. daily, except for Thursdays. Bedtime and lights out was at 9:30 p.m. during which the duty master did his night inspection to ensure that no one was missing. Quran classes were held in the forenoon and Malay lessons in the afternoon on Sundays. The fasting month, including Hari Raya Aidil Fitri, was the College’s main school holidays and this arrangement continued until the early 1950s. Monitors, as the prefects were then called, were appointed by the Headmaster to help enforce order and discipline. The annual speech and prize giving day and athletics meet were the highlights of the school calendar. The Sultans of Perak, Selangor, Negeri Sembilan and Pahang graced these occasions to give away the awards and prizes.

A peek into his childhood would show that Raja Musa had no inkling of going to the College, especially as Kuala Kangsar was, in those days, a faraway place. But as Allah willed it, he went to the College at the instance of his father, Raja Bot, who was known for his commitment to and interest in Malay education in Selangor.

Although his classmates of 1909 were few, they became prominent in public life through their positions in the Malayan Civil Service (MCS). The list is a who’s who of the day. They were Tuanku Abdul Rahman, the first Yang di-Pertuan Agong; Dato’ Sir Mahmud bin Mat, variously the Menteri Besar of Pahang, the Member for Land and Mines, and the Speaker of the Federal Legislative Council; Tun Abdul Malik bin Yusof, the Governor of Melaka; Raja Tun Sir Uda bin Raja Mohamed, the company Menteri Besar of Selangor and the first Governor of Penang; Dato’ Hussein bin Taib, the Orang Kaya Indera Shahbandar of Pahang; Raja Shahariman bin Abdul Hamid, the Orang Besar Jajahan of Dindings, Perak; Dato’ Abu Samah bin Ali, the State Secretary of Pahang; Ismail Matsah; Raja Haji Ahmad bin Indot, the Menteri Besar of Perlis and Raja Razman bin Raja Sir Chulan.

A sibling of Raja Musa who also went to the College was Raja Ayoub bin Raja Bot. He was in the MCS and active in UMNO politics in opposing the Malayan Union. He joined Dato’ Sir Onn bin Jaafar when the latter left UMNO to found the Independence of Malaya Party (IMP).

When he was in Standard VII, Raja Musa was made a prefect. The other members of the prefects’ board were Raja Shahariman, Dato’ Hussein, Abu Samah and Ismail Matsah. Dato’ Sir Mahmud was the Head Boy; incidentally, he was the third Head Boy of the College. Raja Musa was active in extracurricular activities. He played all games and was particularly good at tennis. He was among the earliest to have joined the College Cadet Corps and, in this capacity, was a member of the Cadet Corps band.

Raja Musa spent six years at the College. He passed his Standard VII exam with good results at the age of 15 in 1912 and received his Certificate of Education, signed by Mr. R. Wilkinson, the Inspector of Schools, from the Director of Education of the FMS. (The Junior Cambridge and Senior Cambridge Examinations were introduced much later.)

Upon the strong recommendation of the Headmaster, he was selected for training as a Malay Probationer for the civil service. This scheme, the Malay Subordinate Service Scheme, was started at the College in 1911 and Raja Musa was 15 years old when he joined it on 15 October, 1912. He was to undergo this training for three years. This training course was, in effect, a post Certificate of Education class. Although they were under training to join the civil service, the trainees were subject to the school rules and regulations as they were College boarders. Teachers involved with this special class were Mr. Hargreaves who taught English, History and Elementary Law; Mr. H. Ball (Mathematics) and Mr. J. O. May (Geography and Surveying).

All the probationers received a special allowance of 25 dollars a month. In addition, they enjoyed free board and lodging, and tuition. Raja Musa completed the three-year course in two years and joined the government service in 1914 as a Malay Subordinate Officer at the age of 17. He served variously as an Assistant District Officer (ADO), Assistant Collector of Land Revenue and Magistrate until 1921.

While in service, he sat for and passed the Senior Cambridge exam. In January 1924, he was promoted into the MCS as an officer in Class V. He had by then seen 10 years’ service as a Malay Administrative Service (MAS) officer. In that year, while serving as a Hulu Langat ADO in Kajang, he proceeded to England on a government scholarship to read Law at one of the Inns of Court. He was thus the first serving Malay MCS officer to be sent by the British colonial government to take up legal studies in the United Kingdom.

Raja Musa’s scholastic achievement continued when he obtained a first class in his final year Bar exam. He was called to the Bar at the Inner Temple in May, 1927.

On his return from England in 1927, Raja Musa was appointed the Assistant Collector of Land Revenue, Seremban and, concurrently, a magistrate, the first Malay to be so appointed. He became the Acting Official Assignee and Registrar of Companies of the FMS in 1928. In August, 1930 he was attached to the Ipoh High Court as the Acting Assistant Registrar. In January, 1932 he acted as the Deputy Public Prosecutor (DPP), Perak and in April, 1933 he was appointed the Acting Registrar of the Kuala Lumpur High Court. He was the Acting Deputy Legal Adviser of FMS in 1936 – 37.

He left the MCS in January, 1937 to join the Colonial Legal Service and was assigned to the post of Registrar of the Kuala Lumpur High Court. In March, 1938 he was elevated to the Bench as an Acting High Court Judge of the FMS, albeit with a short interval as the Acting Legal Adviser of the FMS in April, 1938. He continued as an FMS High Court Judge, sitting in Negeri Sembilan, until 1939. Justice Raja Musa was the first Asian and Malay to rise to the High Court Bench. (Several of his judgements are attached herewith.)

In 1939, he was appointed a Law lecturer at the Raffles College, Singapore. It was a newly created position and, in this capacity, Raja Musa taught Law to Malay probationers from the Malay States who were at Raffles. During the Japanese occupation of Malaya and Singapore, Justice Raja Musa was reinstated as an officer of the Court. He was made a Judge of the Singapore High Court.

Raja Musa is closely associated and linked to the Malay College Old Boys’ Association (MCOBA). He is best remembered as the founding President of MCOBA having been the prime mover in its formation in 1929. The occasion then was the Malay College Silver Jubilee celebration in Kuala Kangsar. The old boys attending the celebration decided to form MCOBA and he was unanimously elected the first President.

With his legal background, Raja Musa helped to draft the MCOBA constitution. It was a comprehensive piece of legal drafting that required no major amendments until 2008, an impressive period of 80 years. The constitution reflected his love for his alma mater and his pride in being an old boy of his old school and, by extension, his depth of empathy for the Malays and Islam, and for the MCOB fraternity in particular. And therefore the provision, in the constitution that he wrote, of The Malay College being the sole benefactor of all MCOBA assets in the unlikely event of the association being wound up.

Although his work kept him very busy, Raja Musa continued to be an active MCOB and his love for MCOBA and the College never waned. He never failed to participate in the MCOBA annual games and attended reunion dinners regularly.